-Photographs will fade in direct sunlight.

-Do not put sticky tape on photographs.

-Never attempt to clean old photos by wiping with water. This will soften the emulsion and tear it.

-Use silica packets in boxes of photos to protect from moisture.

-Don’t put photos face to face as they may stick together.

-Generally, with photographs, the colder the storage, the longer the life.

-N.B. Before attempting any “repairs” on an original photograph consider potential damage. If in doubt, consult a conservator.

On researching my own family history, I discovered a newspaper article on line

which included a letter from my great aunt, who was serving as a staff nurse in

England and France during world war one. She talks of Charles, her brother,

who was killed at Gallipoli.

“It is exactly two years since my brother Charlie sailed away looking so bonny. I

wish we Could find out something definite about him; it would be a help. It is

hard to realise we shall never see him again. How happy I would have been to

have been coming over to him.”

children (2 boys and 6 girls). Her father was a methodist minister and leading

figure in the church. We have a good collection of photographs of the Saloway

family, including several of Charles, who was killed at Gallipoli. A sad note was

the lack of detail surrounding his death and burial place. Rev. Saloway wrote

several letters to the war office trying to ascertain this but to no avail. Later his

grave was discovered by Annie Cox on a pilgrimage to Gallipol

The photograph on the left shows Olive in her service uniform. It was taken in

Melbourne before she was deployed to England then France.

As we approach Anzac day, it is worth remembering the families of servicemen

and women that were left behind. In the case of Reverend Saloway, who never knew what happened to his

son and to Olive who remembered her brother as he “sailed away, looking so bonny”.

Nurses often worked under deplorable conditions. The No 3 Australian General Hospital was established in August 1915

at West Mudros on the island of Lemnos, Greece, in preparation for the evacuation of Gallipoli.

Medical staff were forced to sleep outdoors on their first night there, and their equipment did not arrive for a further three weeks.

Nurses worked in tents in primitive conditions, sterilising equipment and preparing food by spirit lamp, with scant water and other supplies.

At the conclusion of the war many nurses struggled to readjust to civilian life. Some could no longer work as nurses;

others were unable to work at all. Women were not recognised as military veterans by the government,

thus they were denied the much-needed healthcare and financial benefits available to returning soldiers. 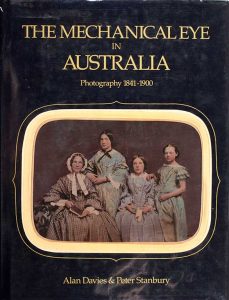 Dating family photos is important in family history research. Knowing that a photo was taken in a certain year

and location, can authenticate the person or even exclude them as a relative. A good reference is “The

Mechanical Eye in Australia” by Alan Davies and Peter Stanbury and is available in many public libraries..

This contains the names of many early photographers, when and where they operated. By reading the

photographers name on the back of the photo, a quick match can be made to when and where the photo

During the years prior to World War 1, photography became more popular with the general populace, not just

See our blog page for other interesting articles on photo preservation.

The State Library of Victoria has a large collection of historical images that can be downloaded from its website,

“Time out Melbourne” has a number of interesting vintage photographs of Melbourne.

These are important as we are rapidly losing much of our architectural heritage to modern development.

Also, they provide an important reference for how previous generations lived.

Hello Peter. Thought I’d just let you know that my father really loved and was really impressed by the montage print. It brought back lots of memories for him and he also loved seeing all the old photos on the TV via the CD. Thanks from all of us for your creativity, care and attention in putting it all together. We’ll recommend you to anyone else we come across who may want something similar (or different!) by way of photo work.
– Best wishes Angela, Maria and Peter

Hi Peter. I just wanted to write and thank you for the beautiful job you did on the photos of my grandparents. When my uncle saw them he actually got teary- they were just the way he remembered them hanging on the wall at my grandparents when he was a little boy. Thank you so much for helping to create such a beautiful 50th birthday present and for restoring our family pictures with so much love and attention to detail. I cannot recommend you highly enough to other people. I know we will all enjoy the beautiful photos for many years to come. Thank you again.
– Best wishes KS.